The suppliers of waste-to-energy plants are facing new challenges in the new century. The sustained pressure on selling prices over the years has increased due to massive, unforeseen price rises for materials such as steel in combination with a lack of manufacturing capacity. Globalized purchasing structures and cost-optimized plant concepts have been introduced by many suppliers of waste-to-energy plants, although they have not always produced the expected results. Many different factors have contributed to a more than halving of the number of market players in the waste combustion industry. Bankruptcies, acquisitions and mergers have thrown the market into confusion.

In the course of this market restructuring process, MARTIN, jointly with its partner CNIM, acquired the waste incineration activities of ALSTOM in 2002. MARTIN has integrated the "horizontal grate" (W+E patent) and "SITY 2000" grate systems into its technology portfolio. CNIM assumed responsibility for completing orders placed and for the personnel at the Velizy location near Paris. As a result, the two companies have further strengthened their market presence while other market players were more on the retreat. This clearly underlines the unflagging and strategically important commitment of both companies in the field of waste incineration.

In view of the intensified discussions on climate change, diminishing primary energy resources (such as oil, gas and coal), and heavy dependence on the supply of such resources from potentially unstable regions, greater significance is being attached to waste as an energy carrier and as a resource. In addition to its environmentally friendly treatment, waste fulfills an increasingly important role as a source of energy. This has led to a greater acceptance - politically at least - of waste incineration as an indispensable part of sustainable waste management, a fact confirmed by the new EU waste legislation passed at the end of 2008. For the first time, waste-to-energy plants can justifiably claim the status of 'recovery'. Waste is now increasingly seen as a source of energy as it consists predominantly of renewable resources and therefore makes a positive contribution to the carbon footprint.

The focus of development is on the energy efficiency of waste-to-energy plants, and plants are being built with an electrical efficiency in excess of 30 % or with highly efficient combined heat and power generation. Worthy of particular mention are the MARTIN plants in Amsterdam with η (electrical) = 32 %, in Göteborg with η (total) > 80 %, and in Malmö with η (total) > 90 %. 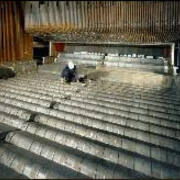 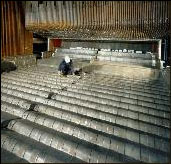