At the start of the 80s, waste combustion technology underwent a fundamental technological change. Step by step, the conventional combustion plant was reengineered to become a modern high-tech power station for treating residual waste. The main forces behind this change were growing environmental awareness on the part of the general public, which was reflected in increasingly strict limit values for emissions, great public interest, which focussed the attention of politics and the media on Waste-to-Energy plants, the constantly changing quality of our residual waste, which led in particular to increasingly higher heating values, the demand for efficient substance recycling for and energy recovery from residual waste.

Initial steps to reduce emissions concentrated on improving and expanding the flue gas cleaning system. However, it soon became clear that the most significant innovations for optimizing combustion on the grate could be achieved through appropriate furnace dimensions and a comprehensive, intelligent combustion control system. MARTIN actively took up this challenge and, through in-depth research, established trend-setting solutions for the future.

MARTIN AG für Umwelt- und Energietechnik (MAG) was founded as a subsidiary in 1981 to consolidate and support the company's development on the Swiss market.

In 1983, a cooperation agreement was signed with the American company Ogden Martin Systems, Inc., New Jersey (today COVANTA) as a part of our continuing expansion in the international arena. With this partner, the MARTIN system experienced a hectic period of growth on the US market.

In 1982, Josef Martin Feuerungsbau GmbH became Martin GmbH für Umwelt- und Energietechnik and was registered under this name at the district court in Munich on 30/12/1982. 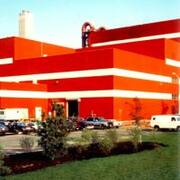 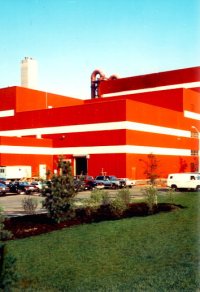