MARTIN supplied its first reverse-acting grate for combusting municipal waste six years after the company was founded. This grate was a pilot unit for the Waste-to-Energy plant in Romainville near Paris. During the course of the year 1932, combustion tests were successfully carried out using waste from Paris, thus confirming that the process principle on which the grate is based can also be successfully applied to the combustion of municipal waste.

Following these tests, MARTIN grates were tendered in Paris, Brazil, Sofia and Amsterdam. However, due to the economic climate of the time, the municipal authorities of these cities were then unable to place orders for new Waste-to-Energy plants.

MARTIN supplied its first discharger, another of Josef Martin's inventions, with the pilot grate for the Romainville plant. This ram-type discharger mechanized and simplified the way in which bottom ash was discharged from combustion systems and can be supplied with or without crushing rollers for shredding clinker clods.

Since 1932, a MARTIN discharger has been supplied with almost every MARTIN reverse-acting grate delivered. Large numbers of these dischargers have also been delivered to boiler manufacturers and plant operators as independent units. Thanks to their compact design and efficiency, they are well accepted on the market today. 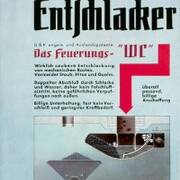 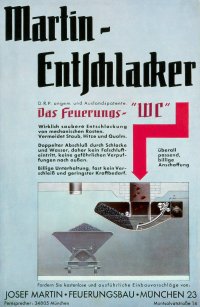